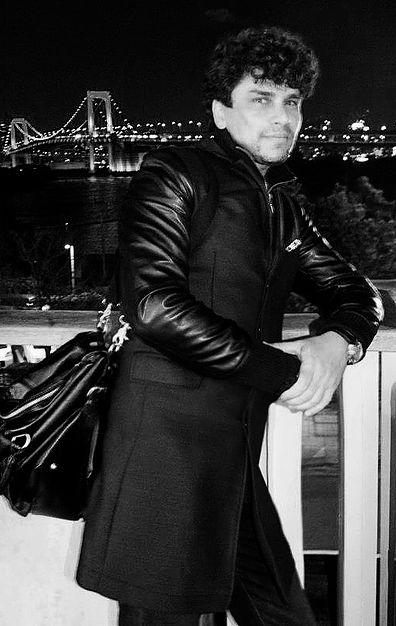 The history of “Igor Vasiliadis the photographer” has started when he was 8 years. At that time his first camera was the Soviet one Smena 6, and then Zenit E. Since childhood, photography became his main obsession for a lifetime. When Igor grew up, he started to take pictures with medium format camera and achieved real success in it, winning national and international contests. Then Igor started to use large format cameras with authentic 19th century optics using silver and platinum sensitive materials for taking pictures. Later on, with the appearance of the high-quality digital technologies, Igor began to work professionally in this area too.

“I love the equipment and technologies, which were proven by centuries of practice, those employing long exposures. This allows model’s soul to break out from the momentary world of emotions and appear in all of its multifaceted beauty. Dark tonality, artifacts of drying emulsion and all the mystics brought by silver and cyanides create the world of mystery, covered from our eyes by temporary and momentary emotions. They can be seen only during rear momentary lapses of reason, when we drop out of reality”.
Igor Vasiliadis’s pictures are kept in the royal collections of Spain, Sweden and the Netherlands. And last but not least, Igor has made more than 200 magazine covers and above 300 fashion stories.